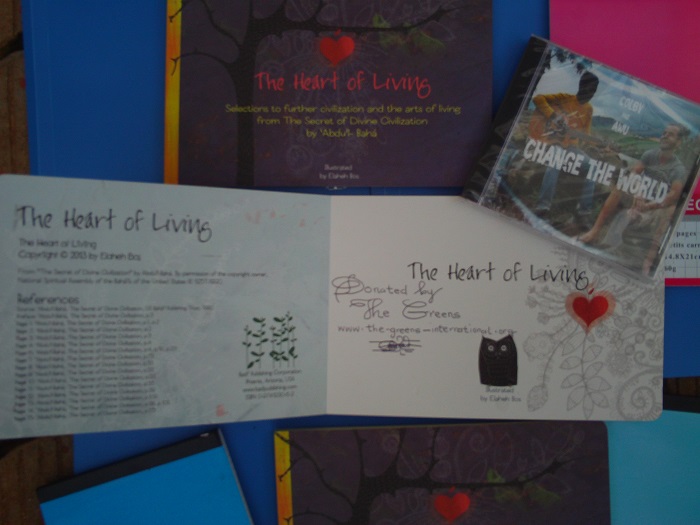 I Am AGreen Champion #IAmGreen #IGreen

Wednesday 18/05/2016, The Greens parcels prizes for the Green Champions of SURUDEV's Green Schools Competition holding in the village of Nsongwa, at Government Secondary School Nsongwa in Bamenda, North West Region of Cameroon.

It was an atmosphere of environmentalism at Government Secondary School Nsongwa as the more than 1000 students from over 5 Secondary and High Schools compete in music, drama and arts to become the Green Champions.

In support, The Greens donated three prizes comprising of 03 Elaher Bos' books "The Heart of Living: Selections to further civilization and the arts of living from The Secret Divine Civilization by Abdu'l-Baha", Change the World - the debut album of The Greens'Ambassadors Colby and Awu, books, and paper jackets to the Green Champions.