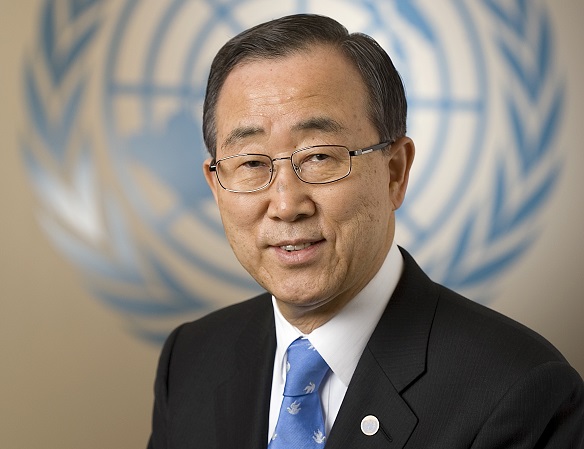 Thirty-five years since the emergence of AIDS, the international community can look back with some pride but we must also look ahead with resolve and commitment to reach our goal of ending the AIDS epidemic by 2030.

There has been real progress in tackling the disease. More people than ever are on treatment. Since 2010, the number of children infected through mother-to-child transmission has dropped by half. Fewer people die of AIDS-related causes each year. And people living with HIV are living longer lives.

The number of people with access to life-saving medicines has doubled over the past five years, now topping 18 million. With the right investments, the world can get on the fast-track to achieve our target of 30 million people on treatment by 2030. Access to HIV medicines to prevent mother-to-child transmission is now available to more than 75 percent of those in need.

While there is clear progress, gains remain fragile. Young women are especially vulnerable in countries with high HIV prevalence, especially in Sub-Saharan Africa. Key populations continue to be disproportionately affected by HIV. New infections are on the rise among people who inject drugs as well gay men and other men who have sex with men. The AIDS epidemic is increasing in Eastern Europe and Central Asia, fuelled by stigma, discrimination and punitive laws. Globally, people who are economically disadvantaged lack access to services and care. Criminalization and discrimination foster new infections each day. Women and girls are still especially hard hit.

The 2030 Agenda for Sustainable Development was adopted with a promise to leave no one behind. Nowhere is this more important than in tackling AIDS. Supporting young, vulnerable and marginalized people will change the course of the epidemic. The UNAIDS strategic framework is aligned with the SDGs, which highlight how the work against HIV is linked to progress in education, peace, gender equality and human rights. I am proud to see how the United Nations and UNAIDS, under the leadership of Michel Sidibé, are committed to finding new and better approaches to end this epidemic.

During its first decade, affected groups refused to accept inaction, mediocrity and weakness in the AIDS response. Their courage drove progress on securing women and children’s health, lowering the costs of lifesaving drugs and giving voice to the voiceless. We must all join together in that same uncompromising spirit. On World AIDS Day, I salute the tireless effort of leaders, civil society, colleagues in the UN and the private sector to advance this cause.

As I prepare to complete my tenure as Secretary-General, I issue a strong call to all: let us recommit, together, to realizing our vision of a world free of AIDS